CONTROVERSIAL ISSUE OF MALPRACTICES IN TENDER PRACTICES-WHEN WILL IT END?

The recent judgement of division bench of Bombay HC in the case of GMR v. MIHAN India Ltd. has once again brought to the forefront the controversial issue of malpractices in tender cases. The case has forced us to confront the harsh realities of the tender practices in India. No doubt that with introduction of initiatives like e-tender and e-bidding, the government has been trying to streamline the tendering process, ensuring transparency and fairness, but with the present case in limelight, the question still persists that “When will the malpractices in Tender cases end?”

In the instant case, the bone of contention was that whether the mere issuance Letter of Award (LoA) as per the terms of Request for Proposal (RFP) amount to a binding contract or would an LoA independent of RFP result into a contract enforceable before the Court. The Hon’ble Supreme Court while dealing with a similar question on the existence of a contract, in the infamous case of South Eastern Coal Fields Ltd v. S.Kumar Associates, ruled that while looking into the nuances of an agreement, the Court must also look into the into the intend of the parties entering into the contract. Therefore, there can’t be a model format for a binding contract in tender cases and the decision has to be made while taking into account the intention of the parties.

Conferring with the above stated case, the court held that the issuance of LoA as per the terms of RFP explicitly intended to be a binding contract. Deviation from the provisions of RFP by Respondent 1(MIHAN India Ltd.) was held to constitute mala fide intention. The Respondent introduced a post-bid condition for seeking government approval and tried to base the contract on it. Petitioner with bona fide intention even agreed to the said condition, however the Respondent tried to excuse itself on the pretext that the project was not financially viable, despite having sufficient deliberation. Further, the latter also tried to manipulate the wordings mentioned in LoA so as to evade the legal obligation. This prima facie exhibits the intention of the Respondent to elude from discharging their responsibility, especially when frustration of the contract would have led to the forfeiture of the payment made by the Petitioner.

TREND OF TENDEREE DEVIATING FROM THE COURSE OF THE CONTRACT.

The Apex Court recognising the issue of Tenderee deviating from a contract, tried to cure the course in Om prakash v. Ramesh Chand by laying down the extent to which a Tenderee may deviate from a binding contract:

When an invitation is sort for development of infrastructure by the government, it ceases to be their sole prerogative and makes the general public a stakeholder in the entire process. This is due to the fact that it’s not just the tenderer who ultimately has to bear the brunt, but also the people as it is the taxpayers’ money which is utilised to a certain extent while undertaking such projects.

In Michigan Rubber (India) Ltd. v. State of Karnataka & Ors. (2012), the Apex court has clearly restricted its function of judicial review to finding out the mala fide intention of the tenderee in a tender case. The Court can’t circumvent from the restraints of its power, however, there is a necessity for stricter compliance of the tender agreement so as to ensure that the interest of the society at large is safeguarded. Transparency and wider dissemination of information can also facilitate to keep the mal practices in check.

( Above piece of legal article is based on the author’s view, the firm or any partner (s) does not hold its opinion on the same) 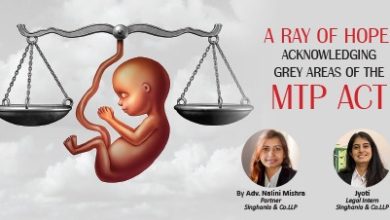 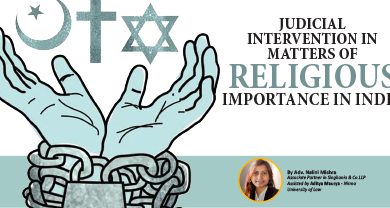 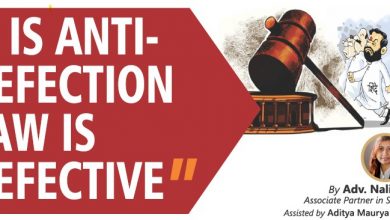 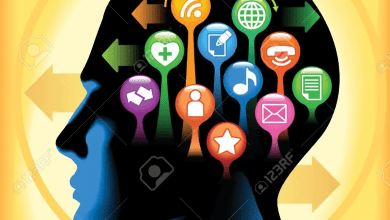